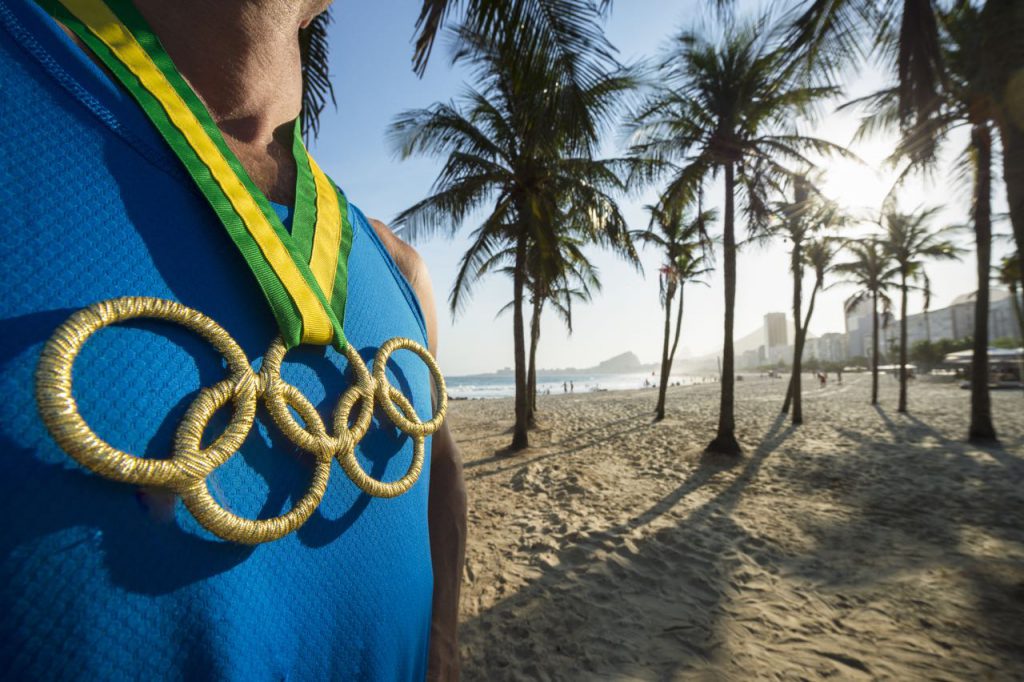 The Olympic Games are topical. The world’s focus has shifted to Rio de Janeiro in Brazil. A tiny proportion of the world’s athletes have earned an invitation to compete at this super-elite quadrennial event. The rest of us watch in awe.

If you’ve been following this blog, and wanting to live a long and healthy life, you’re hopefully watching the Olympics while you work-out on the treadmill or elliptical machine. If not, then I hope that you at least get out and exercise between big events. If you want to live a long and healthy life, you can’t simply be a watcher – you must participate. You don’t have to achieve Herculean standards. Simply walking 10,000 steps on at least 5 days every week will take you a long way to the prize.

But there is one intriguing study that suggests that we should all perhaps be competing for medals in Rio, and then Tokyo (or in the winter games in Pyeongchang, South Korea in 2018).

Researchers from around the globe evaluated the life-expectancy of Olympic medalists. They evaluated athletes from twelve countries (US, UK, Germany, France, Russia, Italy, Canada, Sweden, Norway, Denmark, Finland, Australia and New Zealand) who won Olympic medals between 1896 and 2010, and compared them with non-Olympians.

Medalists lived almost 3 years longer on average than their non-Olympic peers. This was true regardless of whether they won gold, silver, or bronze. Endurance athletes did the best of all, with 13% more Olympic medalists alive after 30 years than the general population.

This research didn’t answer two important questions. Did Olympians who did not win medals do as well as the medalists? This might help us a little in answering the more important question; why do we see this survival advantage in Olympic medalists? We know that exercise and good nutrition prevent premature death, and I’ve little doubt that this drives some of the benefit. It is also possible that Olympic winners have genetic advantages that also drive their health. Mental competitiveness also plays a substantial role in health and happiness. Finally, it is possible that the advantages of winning, such as fame and fortune, contribute independently to the remarkable longevity of these elite athletes.

For now, it’s sufficient for each of us to take the small steps (10,000 per day, on at least five days per week, please), and dream like an Olympian, every day, to enjoy a long and healthy life.