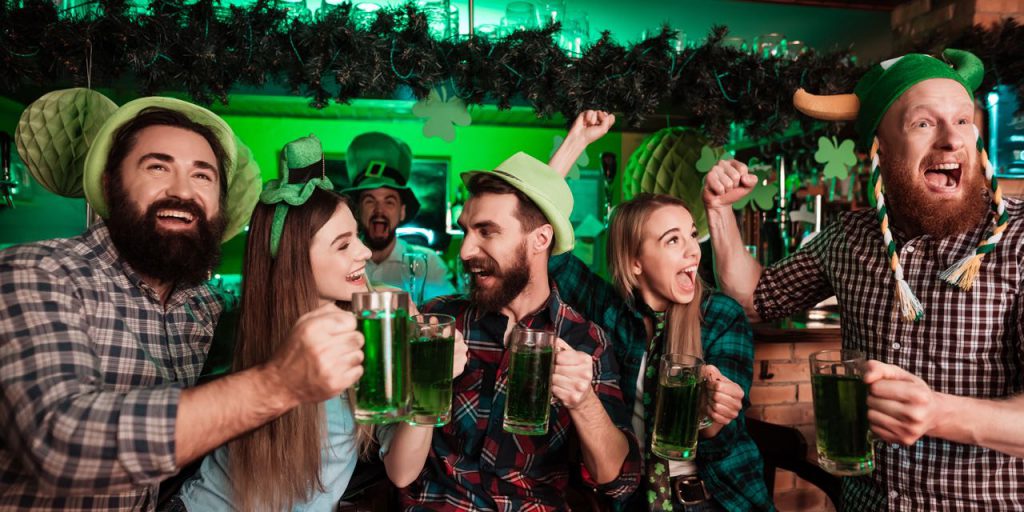 Would you Rather be Talented, or Lucky?

We’re all looking for the quickest path to success … or at least, a strategy we can trust to get us where we want to be? Can science give us the perfect algorithm?

I have a large group of young clients who spend many hours reading the biographies and autobiographies of the rich and famous. They study the lives of super-heroes, looking for hints and clues that will hopefully unleash their own meteoric rise.

Each day, these wonderful, ambitious young men and women bring me new theories about golden bullets—the single personality trait, or mindset, or action, or individual gene that guarantees success.

We have all yearned for talent, skill, grit or tenacity, and have aspired to maximize diligence, optimism, tenacity or resilience. Each has had its moment in the sun, depending on the latest viral book or theory—driven as much by marketers at major publishing houses as it is by consumer craving.

Regardless of our definition of success, we’re all searching for the road that will get us there.

The Science of Success

It is fitting that 4 weeks before St Patrick’s Day, a group of respected Italian scientists and economists published the findings of their fascinating research into the role of luck in human success.

The researchers built a complex mathematical model to simulate the evolution of a population of “success seekers” over a 40-year work life. Using exquisite computational methods, they built a factitious world in which they could tweak conditions and track individual success.

They started each individual with identical success scores. No single competitor would start with a meaningful advantage or handicap relative to their silicon peers.

For most of the experiments, they allocated talent realistically across the pool of hopefuls. So, they had a small minority that were under-gifted, a large group with average talent, and another small group of individuals with exceptional talent. Graphically, this looked like the standard bell-shaped curve of a so-called normal distribution.

As soon as they started the clock, they randomly introduced luck into the system. Each time an individual suffered an episode of bad luck their success score was halved. A stroke of good luck doubled their success score. The curious scientists then tracked the success of the group over a theoretical 40 years.

The final results are eye-opening!

Whereas talent was normally distributed, success was totally skewed. A small handful of lucky winners dominated the rankings each time the scientists ran their virtual experiment.

When we examine the distribution of financial wealth in the real world, we shouldn’t be at all surprised by these results.

Vilfredo Pareto, coincidentally also Italian, was the social scientist who to describe this lopsided distribution of wealth in his own country, where 20% of the people owned 80% of the wealth. This observation was subsequently termed the Pareto Principal, or the law of the vital few.

Selfishly, we should all be on the edge of our seats waiting to hear exactly who made it into the winner’s enclosure, celebrated for their virtual success in the experimental laboratory.

How can we be included in the tiny group who enjoy extreme success?

Here is the shocking truth …

Luck was more important than talent in achieving exceptional success.

The most talented individuals almost never reached the highest peaks of success!

“The most talented people almost never reach the highest peaks of success.”

When they examined the tiny minority of winners, their talent was slightly above average, but they had enjoyed several lucky breaks during the course of their 40 virtual years!

In the Western World, we live with bizarre societal norms. Our accumulated financial wealth determines our value, power and influence. Naturally, and perhaps obeying Darwinian principals, we all therefore strive for material wealth.

This research shows that we live in a pseudo-meritocracy, believing we have built a world that rewards the most talented and hard-working individuals disproportionately. The data suggests that material wealth is a very poor reflection of our true value, precisely because it ignores the potent influence of extrinsic factors such as luck in delivering individual success.

“It is rather common to underestimate the importance of external forces in individual success stories.”

A host of forces channel resources to the most successful members of our modern society. Government and private investors alike look for people who have enjoyed success to endow with resources. The rich get richer, and the poor get poorer (Matthew’s Law). We defend this on the grounds that those who receive these resources are ideally suited to transform them into greater value for the benefit of society.

The Italian research brings this approach into question.

In a fascinating series of follow-up experiments, they showed that the most effective way to stimulate group success was through equitable allocation of opportunity across the entire population—even if each “funding opportunity” was tiny in order to spread it widely.

You simply can’t predict luck, which has a substantial impact on the likelihood of achieving success. Using our current approach, the most talented individuals are effectively under-funded. In contrast, 100% of the most talented individuals were able to make a meaningful impact on the overall success of the experimental population when the researchers implemented more democratic support.

“Even a great talent becomes useless against the fury of misfortune.”

I draw several important conclusions from this pivotal research:

Luck matters! When life blesses you with massive good fortune, success is inevitable, regardless of your talent. Don’t consider yourself valuable if you’ve achieved this disproportionate success—the news is full of disastrous personal stories of highly successful people. More importantly, do NOT consider yourself to be of lesser value if you have not (yet) achieved worldly success!

Talent matters! Most luck (both good and bad) is not extreme. The best way to capitalize on modest good fortune is to be prepared to exploit it with talent and determination. Equally, the best way to withstand modest bad luck is by applying strong personal traits and standards.

Diversity rules! Success is not measured on a single access. Material wealth, in my personal opinion and professional experience, is a particularly poor measure of success. We are integrated beings, operating in physical, emotional, intellectual and spiritual worlds. Individually, we are well-served by investing broadly across all four domains. Collectively, we are best-served by assembling groups of individuals who have been lucky enough to achieve success in each of these individual domains. We will only find the elusive path to personal and societal fulfilment when we integrate our achievements in all of these fundamental domains.

“I say luck is when an opportunity comes along and you’re prepared for it.” Denzel Washington

When I work with Olympic athletes, they often ask me the secret scientific formula for athletic success. I have a unique answer for each of them. They need varying degrees of speed, strength, endurance, flexibility and coordination specific to their event or athletic discipline.

And then to each of them I say: “Talent and hard work can get you to the starting line. To decide who will win the race, you have to factor in luck.” Quod est demostrandum!

Have fun, be lucky,

“You gotta try your luck at least once a day, because you could be going around lucky all day and not even know it.” Jimmy Dean